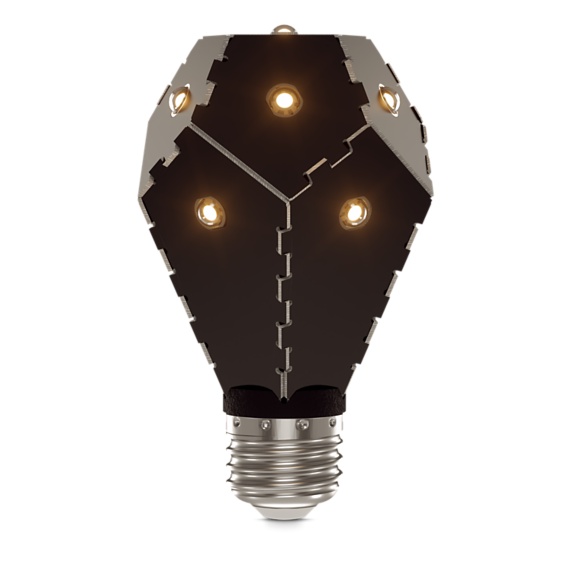 What Is Apple HomeKit?
In June of 2014 at their World Wide Developers Conference (WWDC) Apple announced iOS 8 and highlighted some of the upcoming features. Among those features were two new “Kit” platforms, HealthKit and HomeKit, designed to integrate iOS with two rising digital-age trends: quantified self healthcare and smart homes. What HealthKit is to your body and fitness gear, HomeKit is to your home and electronics.  Call Ted at Plano Texas Handyman 214-507-3415 to discuss the installation of your home automation system. Visit our website at www.planotexashandyman.com for more information.  Apple HomeKit

HomeKit is not a single control application but is instead a hardware certification platform and database system that allows developers to create hardware and to integrate that hardware with iOS to provide for easy discovery, configuration, management, and communication between a wide variety of smarthome products like locks, lights, security equipment, and other home automation products.  Apple HomeKit

Armed with HomeKit products and your iOS device you can set up your home such that the lights turn on at a set time every morning to wake you, the thermostat cranks the AC up when you’re driving home on a hot day, and at the end of that day you can snuggle into bed and talk out loud to your iOS device to tell HomeKit to shut the house down for the evening. Let’s take a look at the most common questions we’ve been asked regarding HomeKit and, in the process, highlight all the things you need to use it and what you can do with it.

Do My Current Smart Home Products Work With HomeKit?
The short answer is “Most likely no with a tiny hint of maybe.” Let’s expand a bit on that. HomeKit products have to meet two criteria to be compatible with the HomeKit platform. First, they need to be certified through Apple’s MFI Program, a certification process Apple has had in place for years (reaching back in some form or another all the way to the original “Made for iPod” certification circa 2005). This certification is designed to ensure that any product labeled as such works properly with Apple hardware, iOS, and that developers of said hardware adhere to specific rules and security practices.  Apple HomeKit

Controlling the components of someone’s home is a big deal both from a practical security standpoint and from the emotional standpoint of the owner of said hardware. Apple designed HomeKit from the beginning to be secure and to side-step the security shortcomings of many early smarthome products and to give people peace of mind when linking sensitive components, like home locks and security cameras, to their network and the greater Internet.

As such, you can’t take a pre-HomeKit smart home product, like say a smart power strip you bought three years ago, and just add it into the HomeKit system because that product is most likely not MFi Program certified and most definitely does not have the HomeKit encryption hardware.

Unfortunately if the manufacturer doesn’t use a central hub system and/or doesn’t release an updated hub with HomeKit support then there is no way for your old hardware to integrate with HomeKit.

How Do I Actually Use HomeKit?
You never really directly use HomeKit in the same way that you never really directly use the Internet (but instead use an application like FTP client or a web browser). HomeKit serves as the underpinning of your Apple-driven smarthome experience the way that all those unseen protocols and network connections underpin your Internet experience.   Apple HomeKit

There is no central HomeKit control panel, for example, on your iOS device that you can just open up and control all your devices. While HomeKit is always there in the background handling everything, the actual interaction comes in four forms: through the manufacturer’s application, through a third-party application created by an iOS developer, via Siri voice control, or via digital and physical triggers.

Manufacturer Apps
Every application for a HomeKit-certified device typically contains two HomeKit related element. First that application will have some ability to link your HomeKit-certified hardware to a scene, room, or zone. For example your smartbulb system might have a “scene” system where you can create scenes like “relaxation”, “movie time”, or “morning routine”.  Call Ted at Plano Texas Handyman 214-507-3415 to discuss the installation of your home automation system. Visit our website at www.planotexashandyman.com for more information.

It might also give you the ability to group lights together into physical rooms or zones like “bedroom” or “upstairs”. The second HomeKit related element is the ability to link the application to the iOS voice assistant Siri; you’ll find an option somewhere in the menu system of the application that reads like “Enable Siri”, “Enable Siri HomeKit Integration”, or the like. We’ll talk more about Siri in a moment.

Third Party Apps
The HomeKit system is also accessible to developers outside of those involved in hardware manufacturing. This allows developers to create control dashboards for the HomeKit system which, thankfully, fill in a void that is conspiciously missing from the native HomeKit experience.  Apple HomeKit

One example of such an application and one which we are particularly fond of is the simply named Home app by Matthias Hochgatterer. His application functions exactly like the kind of all-in-one dashboard most people expected HomeKit to have in the first place (and allows you to create rooms and zones even for HomeKit apps/hardware that lack said functionality).

We fully expect to see more applications like Home appear on the market as the demand for more robust and traditional dashboard-type control of HomeKit rises with the adoption of HomeKit-enabled hardware.

Voice Control
While the apps are great (and essential to setting up and configuring your HomeKit gear) the real welcome-to-the-future killer feature of HomeKit is integration with iOS’s digital voice assistant Siri.

Siri control is pretty flexible and if there is a scene/room/zone and a matching task Siri can complete within the HomeKit database, she is pretty good about following natural language patterns to fufill your commands. Commands like “Turn off the office lights”, “Set the house to 75 degrees”, or “set morning scene” are all easily understood by Siri and will, if your product’s HomeKit hardware/app supports it, turn off the lights in the office, change the house temperature, or activate whatever is linked to your morning scene (like changing the lights to cool white and starting the coffee maker).  Apple HomeKit

Environmental Triggers
While voice-controlled triggers are super cool and definitely make you feel like you’re living in the future (we’ve gotten very used to ending our day by saying “Hey Siri, turn off the lights”), the real magic is environmental triggers that occur in the background without any interaction from you.

To that end you can set up HomeKit with location, time, and hardware-based triggers such that your home automatically makes adjustments based on where you are, what time of day it is, and where in the home you are (or other sensor-based triggers).  Apple HomeKit

With such triggers it is possible for HomeKit to turn on your lights and turn down the AC when the GPS in your iPhone registers that you’re near your home, for the lights to turn on automatically to wake you in the morning, or for your furnace to turn on when the motion sensor in the hallway detects that people are up and moving around in the morning.  Apple HomeKit

Between the ubiquity of location tracking thanks to the GPS chip in iOS devices, the simplicity of clock-based triggers, and the continually falling prices of simple sensors, the future of home automation is definitely this kind of in-the-background ambient triggering wherein our homes simply adapt and adjust to us without any of the fiddling with switches, schedules, thermostats, or other activities that defined 20th century domestic life.

Can I Use HomeKit Away From Home?
By default HomeKit only works within your home or, more accurately, within the radius covered by the Wi-Fi that links your iOS device to the HomeKit devices. If you want to be able to issue commands from afar via voice commands then you need an additional accessory.

Thankfully that accessory isn’t a one-trick pony wherein you shell out money for a little bridge that just sits there plugged into the wall doing nothing but waiting for your to send a voice command from across the country.  Apple HomeKit

Apple integrated HomeKit control into the Apple TV so your entertainment hub can do double duty as a home control hub. You don’t need Apple TV to use HomeKit but you do need it if you want to control HomeKit from afar.

To do so all you need is an Apple TV (3rd generation or newer) and for both the iOS device that you normally use to control your HomeKit hardware and the Apple TV to be logged into the same iCloud account.  Apple HomeKit

If you’ve already invested in smarthome equipment the introduction of HomeKit is definitely a bit of a bump in the road. For those still on the cusp of adoption and already using iOS devices, however, HomeKit is a huge step in the right direction that bridges easy integration and universal control to the often fractured landscape of home automation equipment and protocols.  Apple HomeKit