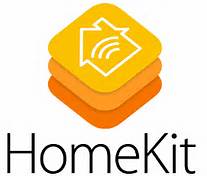 August Smart Lock HomeKit Enabled – Use Siri to lock and unlock your door, or issue virtual “keys” to the babysitter. – $216.86 at Amazon.com  Apple HomeKit

Chamberlain Smart Garage Hub – Use Siri to open and close the garage door and check its status.

Ecobee3 Lite Smart Thermostat – A budget alternative to Nest that lets you tweak the temp with your voice.

Ecobee3 Wi-Fi Smart Thermostat – Stands toe-to-toe with Nest and lets you tweak the temp with your voice.

Ecobee4 Smart Thermostat – Connect your Ecobee4 to HomeKit to access your thermostat via Siri — or the Home app.

Elgato Eve Energy Switch & Power Meter – Use Siri to turn this smart plug on and off with your voice, or use it to automate whatever you plug into it.

Elgato Eve Room – A sensor to keep tabs on temp, air quality and humidity, which you can then ask Siri about.

Giant Drone Racing May Be the Next Big Spectator Sport – Drone racers are evolving the sport by using bigger, more powerful drones that could inspire the future of commercial drone use. Learn more here.

Grid Connect ConnectSense Smart Outlet – Turn these plugs on and off with Siri or with an app.

Honeywell Lyric Home Security System – Use Siri and Apple’s Home app to check on the status of your security system.

Honeywell Lyric T5 Wi-Fi Thermostat – Use Siri to set the temperature at home with this budget-priced thermostat.

Hunter HomeKit-Enabled Ceiling Fan – Ask Siri to turn these fans on and off, or automate them via an app.
$343.76 at Amazon.com

iDevices Switch – Turn these switches on and off from an app or with Siri.

iDevices Thermostat – Use Siri to control your home temperature.

iDevices Wall Outlet – Plug whatever you like into this outlet, then ask Siri to turn it on and off.  Apple HomeKit

iHome iSP5 SmartPlug – Turn things on and off with Siri.

iHome iSP8 SmartPlug – Turn things on and off with Siri and Alexa.  Apple HomeKit

Kwikset Premis – Punch in your own unique code to get inside — or just tell Siri to let you in.  Apple HomeKit

Lutron Caséta Wireless Lighting Starter Kit – Turn switches on and off with Siri or the Home app. A CNET Editors’ Choice winner.

Netatmo Smart Smoke Alarm – Ask Siri to check on the status of the alarm.  Apple HomeKit

Philips Hue Beyond – A color-changing, LED table lamp, controllable with your voice.

Philips Hue Lightstrip Plus -A strip of color-changing LEDs you can control with Siri.

Philips Hue White and Color Ambience Starter Kit – You can control these color-changeable LEDs with Siri.

Schlage Sense Bluetooth Deadbolt – A lock with a number pad that works with Siri. You’ll need an Apple TV to lock and unlock beyond 30 feet.

Sylvania Smart Multicolor LED – Ask Siri to turn this bulb on and off, dim it up and down or change its color. No other hub required.

Withings Home Plus – Use Apple’s Home app to monitor and make adjustments to this security camera.

Yale Assure Keyless Bluetooth Smart Lock – For $75, you can upgrade with $200 keyless smart lock with a module that’ll let you control it using the Home app on your iPhone or iPad, or…  Apple HomeKit

Call Ted at Plano Texas Handyman to discuss the installation of your Smart Home system.  Visit our website at www.planotexashandyman.com for more information.  Apple HomeKit